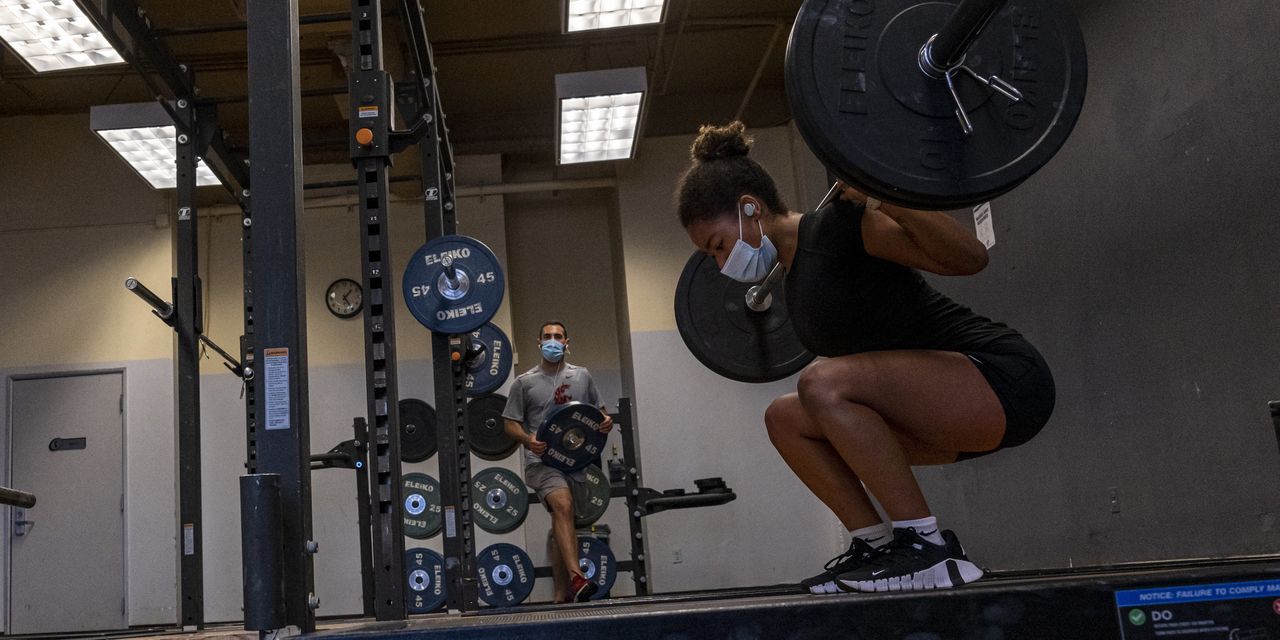 Exercise is good for you, even if you have a mild case of Covid

Doing sports with Covid or not, that’s the question some fitness enthusiasts are asking. the American College of Sports Medicine suggested people under 50 who have mild or no symptoms rest for at least seven to 10 days after testing positive. Their recommendation appears to be driven by fears that even a mild Covid-19 infection could damage the heart and potentially cause sudden death during physical exertion.

There is little evidence to support this recommendation. Because exercise boosts the immune system, it may even help people recover from Covid faster.

Viral infections, including those that cause the flu and colds, are a major cause of myocarditis, the inflammation of the heart muscle. The condition can cause chest pain and an irregular heartbeat, although it is often asymptomatic. This makes its prevalence difficult to measure. According to some estimates, 1-5% of all people with acute viral infections may develop myocarditis.

Yet sudden death from myocarditis during physical activity appears to be rare. A to study from 1980 to 2006, 41 sudden deaths in young athletes (under 40) related to myocarditis were documented, one-tenth of those caused by blunt trauma.

Some experts feared that Covid-19 could increase heart risk in otherwise young and healthy people. A study at the start of the pandemic from Germany reported signs of myocarditis in 60% of patients with Covid-19, including some with relatively mild disease. But criticisms of the study design and data errors has sparked more investigation, and recent studies have been mostly reassuring.

In a study, cardiac tests were performed on 789 professional athletes (soccer, baseball, basketball, football and hockey) with previous infections, most of whom had mild or no symptoms of Covid. Only five (0.6%) showed inflammation on cardiac imaging – consistent with estimates for other viral infections – and all had symptoms that the researchers said “exceeded empirical definitions of COVID-19 disease. mild” such as cough, fatigue or loss of taste.

In another study, only 0.7% of the 3,018 college athletes who tested positive for Covid had abnormal heart test results that researchers thought were definitely, probably or possibly related to the virus. (Extremely fit athletes are known to have “reshaped” hearts that can cause abnormal results on heart tests, so it’s hard for cardiologists to tell if the abnormalities are the result of the virus.)

A third study, on 3,597 college athletes who had tested positive with symptoms ranging from none to chest pain and shortness of breath, found that only 1.2% had symptoms that persisted for more than three weeks. Only 4% had heart or lung symptoms when they resumed exercise. Still, the vast majority of those who had more tests showed no signs of heart damage from Covid-19, and it’s normal to feel tired or short of breath when resuming exercise after a flu-like illness.

Studies on young competitive athletes are easier to perform than on the general population, and they may not be 100% applicable to recreational athletes. Yet they show that otherwise healthy and fit people who catch Covid are unlikely to suffer heart complications.

A recent study of healthcare workers in the UK found that those with mild or no symptoms of Covid were no more likely to have heart abnormalities on testing six months after infection than those who had not been infected. “This study demonstrates that in healthy people, measured cardiovascular abnormalities are common, but not more common in those who had mild SARS-CoV-2 6 months prior compared to those who did not,” found the researchers.

The seven-to-10-day rest recommendation appears to be as arbitrary as the six-foot social distancing since the start of the pandemic. Most people who don’t know they have Covid won’t follow it anyway.

“There is very little good quality data on resuming exercise after Covid,” Gabriel Vorobiof, a cardiologist at UCLA, said in an email. “At one point there was great controversy when a few cardiac MRI papers showed potentially concerning post-Covid cardiac findings.” But because the studies didn’t include a control group for comparison – such as athletes or young people without Covid who get an MRI – he says “the findings were then dismissed as associations, not necessarily causation. “.

He adds: “I have seen quite a few young athletes requiring ‘cardiac clearance’ by their sports club after having simple Covid before re-engaging in their respective sports, many of whom were non-competitive. The need to weed out a youngster following asymptomatic viral illness, like many things during this pandemic, seems like an overreaction based on little or no science.

Doctors generally advise people with head colds to exercise, but to listen to their bodies. Seems like sound advice for otherwise healthy people with mild Covid. “However, if symptoms of chest pain or discomfort, dizziness or throbbing appear, one should stop and see a doctor,” says Dr. Vorobiof.

Exercise has been found to protect people against other viral infections, including influenza, herpes, Epstein-Barr and the common cold, and improve immune response to vaccinations. Every workout mobilizes billions of immune cells, in particular the T lymphocytes which circulate, identify and kill the cells infected by the virus. Exercise also lowers levels of cortisol, the stress hormone, which impairs white blood cells and increases inflammation.

As people learn to live with Covid, there’s no reason they can’t train with it too.

Ms. Finley is a member of the Journal’s Editorial Board.

Toddler Shops For $1,700 Furniture While Playing With Mom’s Phone

In the DMs with Laura Lee