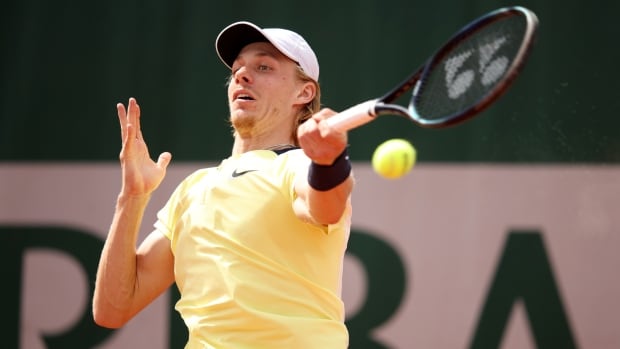 Canadian Denis Shapovalov has been fired from Roland-Garros.

Shapovalov was the 14th seed heading into the clay event and Rune was unseeded.

“It was tough. For sure I wasn’t able to put in my best performance. It’s definitely frustrating,” Shapovalov said. “But yeah, it just shows that I have a lot to work on. And I’m just excited to get back to work. I never think I’m done learning and improving. So yeah, that’s a tough time, but I just keep working.”

Shapovalov had six aces against Rune in Tuesday’s match, but the teenager was dominant in virtually every other category.

Rune had a better winning percentage on first and second serves, he took five of nine break points and won 64 service points to Shapovalov’s 46.

Shapovalov committed 53 unforced errors to Rune’s 19, and the Canadian’s six aces were canceled out by six double faults.

Shapovalov fought back in the third set to force a tiebreaker but trailed 3-1 and couldn’t recover, sending a forehand wide on match point.

Rune, a rising star on the ATP Tour, won the BMW Open this month and was a semi-finalist in Lyon last week.

“It’s what you work for every day to be able to play the biggest tournaments. And to face these kind of players like Denis is also great for me. It’s an incredible level. I’m super happy and happy to be in that position now,” Rune said. “To be able to have chances against those guys, to be able to, you know, win my first title in Munich was a huge step forward in my career. I’m really positive and working hard every day to improve.”

Three Canadians are still competing at Roland-Garros and will participate in Round 2 on Wednesday.

Medvedev progresses after a comfortable victory

Daniil Medvedev kicked off his French Open with a win – never a sure thing for the second-seeded Russian.

The Russian picked up his first win since undergoing hernia surgery nearly two months ago. He had lost his first-round match at the Geneva Open last week when he returned.

The fans, the greats welcome the retirement of Tsonga

A tearful Jo-Wilfried Tsonga bid farewell to professional tennis on Tuesday, losing on his home court at Roland Garros.

The grateful Roland Garros crowd cheered Tsonga on throughout the match and, at the end, gave him a standing ovation.

He retires with 18 ATP Tour titles and approximately US$22.5 million in career earnings. He reached No. 5 in the world in February 2012, but at one time playing with four of the all-time greats he never won a Grand Slam title. In his only opportunity, he lost to Novak Djokovic in the 2008 Australian Open final.

Due to injuries, Tsonga has only played 16 events on the tour since the start of 2020.

On Tuesday, Ruud fought back tears during his on-court interview as he spoke about Tsonga.

“You have been an inspiration to me and so many other players, so thank you for the memories,” Ruud said. “[I have] so many good memories watching Jo on TV. He’s such a great guy [and] pleasant person on and off the field. He’s a good example of what a player should be.”

After the match, there was a ceremony on the pitch to pay tribute to Tsonga. His contemporaries – Novak Djokovic, Roger Federer, Andy Murray and Rafael Nadal – recorded for him messages broadcast during the ceremony.

“You have achieved so much with so many highlights,” Murray said in his message to Tsonga. “You have been a great ambassador for the sport. I always enjoy watching you play and compete against you so I will miss you very much.”

East Side residents ‘exhausted’ by inequality