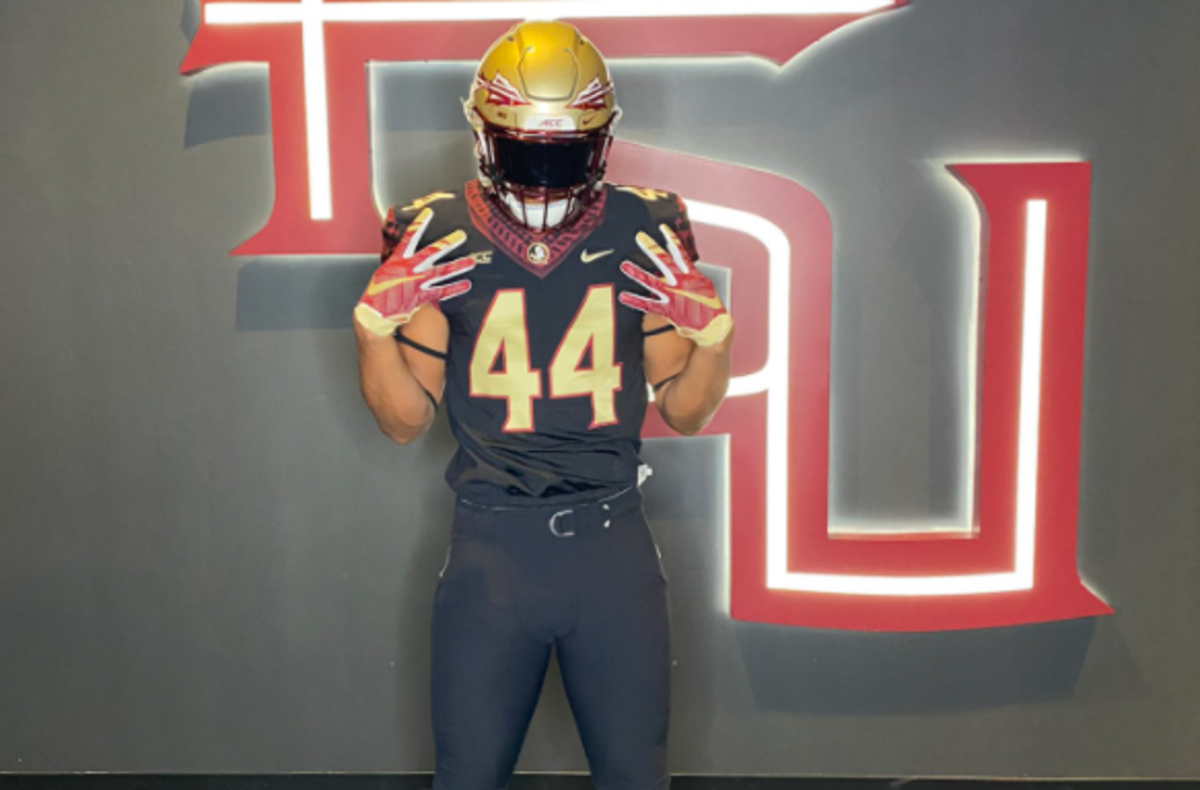 Florida State in good position with 2023 BY TJ Searcy

The Seminoles fell short of their defensive goals in the last scouting round. While the Aaron Hester legacy has signed with Florida State, top prospects such as Marvin Jones Jr, Nyjalik Kelly, and Trevion Williams have all signed with other schools. Both Kelly and Williams have committed to the program at some point, while Jones Jr is the son of one of the best linebackers in school history.

This means securing talent in the position will be an even bigger priority in the Class of 2023. The coaching staff got off to a good start securing legacy defensive end Lamont Green Jr. and now they are turning their attention to some of the best players of the cycle.

READ MORE: Jameis Winston expected to be in the mix with multiple teams heading into free agency

Rising senior defensive end TJ Searcy has been a target for Florida State since receiving an offer last summer. Searcy was on campus this weekend and had a great time.

“I had a lot of fun at Florida State,” Searcy told NoleGameday’s Dustin Lewis. “I learned a lot with coach JP [John Papuchis] throughout the day and had fun seeing their facilities and grounds.

Although Searcy had been to Tallahassee before, this trip allowed him to gather more information about the school. He also spent a lot of time with defensive ends coach John Papuchis,

Searcy and Papuchis are in contact at least once a week and have built a close relationship. What Searcy personally stands out for is that Papuchis has experience as a defensive coordinator and takes players to the next level.

“Coach JP definitely seems like a great coach,” Searcy said. “He really knows what he’s talking about and he’s been a coordinator. A lot of defensive line coaches can’t say they’ve been coordinators at other schools, so that’s pretty impressive. Then he sends also a lot of people in the league, which is great.

The Georgia native and his mother sat down with head coach Mike Norvell for a meeting in his office. Norvell told him it wouldn’t always be easy if he chose the Seminoles.

Part of the visit that caught his eye was watching a movie with Coach Papuchis. The veteran defensive ends coach was able to show him a few moves he didn’t know before the trip.

“I would probably say my favorite part was watching a movie with Coach JP,” Searcy said. “I was learning a lot of new things that I didn’t know before, like stunts you can do to fool offensive linemen.”

The Upson-Lee High School product is a highly sought-after prospect across the country. The Seminoles and South Carolina are two schools already proposed that are very interested in him.

“I would definitely say Florida State,” Searcy said. “South Carolina, then the schools that haven’t offered and are showing a lot of interest are Clemson and Auburn. I have a scheduled visit to Clemson on March 5 and will be in Tennessee on March 4.

After this visit, where is Florida State in recruiting Searcy?

“They are definitely at the top of my list right now after this visit.”

The 6-foot-5 1/4, 254-pound defensive end will visit Tennessee and Clemson in March. He also plans to return to Tallahassee at some point, but has not set a date yet. It’s still too early for Searcy to consider a timeline as he explores all of his options.

Stick with NoleGameday for more from Searcy throughout his senior year.

What’s next for the Florida State Seminoles? Join thousands of people for FREE so you don’t miss any of the latest news or the latest recruitments by clicking on this link or by texting our number (850) 616-8661!