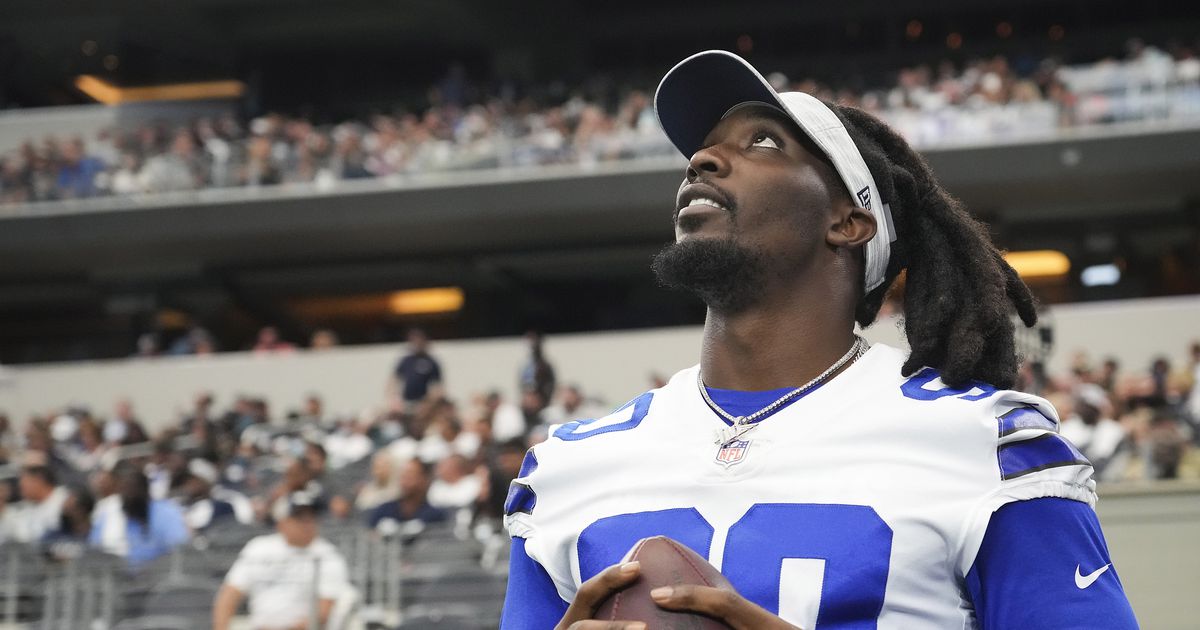 Executive Vice President Stephen Jones recently joined the K&C Masterpiece on 105.3 The Fan [KRLD-FM] to discuss anything related to the Cowboys. Here are some of the highlights, edited for clarity:

Jones: â€œThe luck is that we will get it back. It’s still a bit early to start figuring out when that will be the case, but it will be several games before we get it back. But most people would agree that he was probably our best defensive player before he got injured, and that will be great when we get him back. We will have to continue to weather the storm. We’re going to get Dorance Armstrong back after the bye, which will be great to find him. And certainly Trysten Hill and [Neville] Gallimore returns. So all of these guys are going to be big assets when they come back and can’t wait to see them again. Can’t wait to find them. But Gallimore and DeMarcus Lawrence are going to take longer here, and it will likely take more than a month to get them back.

How does this team actually get turnover?

Jones: â€œI think it started when Mike came in here focusing on the ball, the ball, the ball. We had a few opportunities last year as we all know. Jerry and I were talking yesterday when [Diggs] was doing these parts. He was very close to a lot of balloons last year. He had a few last year where he was there, ready to make choices, didn’t quite pull them off. While this year he seems to have them all and get closer to others. But at the end of the day, I just think that’s what we insist on, that’s what we insist on when we draft players who can play with the ball. It’s on every screening report. We give a scale of games, ball skills, this type of DB, and certainly also for linebackers. But it’s a big point that we review every week. And Mike [McCarthy] lead the way with her and Dan [Quinn] does a great job of coaching with his staff. At the same time, overall I think we did a great job protecting the ball. There were a few unfortunate situations there yesterday, but just think as we go along, we know that in the NFL, if you win the turnover battle, you give yourself a big chance of winning the game.

Do you plan to keep Kellen Moore?

Jones: â€œYou have to deal with these things in the offseason. Right now, everyone is in the moment. Right now everyone is focused on the New England Patriots. We’re not worried about who’s up there during the week off, which we’ll be doing the following week with the Vikings. This is all about the New England Patriots. I think Mike does a great job in that regard: keeping focus where it should be. I know we’re trying to focus on the Patriots again and we’ll be worried about those things in the offseason. Obviously we’ve dealt with Kellen this last offseason, but he loves the Cowboys, loves our organization, and I know that at some point he’s going to have a great opportunity, and kinda like the Sean Paytons of the world. and the Mike Zimmers of the world, you get it right when this stuff happens to you. We’re just going to worry about the Patriots this week and sort those things out in the offseason.

Could you possibly apply the hot hand theory with Terence Steele?

Jones: â€œThese things take care of themselves. Obviously La’el is a great player for us. This will obviously be settled when he returns, but trust that he will be ready to step in. Five weeks is a long time. The good news is he’s been in the building for two weeks now and this will be his third week. We will welcome him again and it will be great to find him.

Are you planning to represent wide receivers for Trevon Diggs?

Jones: â€œWe have such a great body there with Gallup set to come back, and I can definitely see where Diggs could consider himself a Deion type player. Definitely Deion [Sanders] made good catcher plays for us on our Super Bowl run. But I don’t think we need it right away. What we need him to do is do those turnovers on the defensive end of the ball. But you can obviously see that he comes from a good bloodline, with his brother being one of the best receivers in the league. He certainly has those wide catcher skills.

Jones: â€œJerry and I both went over to give him a good handshake, hoping some of that championship mojo rubbed off on us. I think there are certainly a lot of great things in store for Luka, and that. ‘was nice to have these two gentlemen in the box up there, and great to see them and see Nowitzki and what he’s done for the Mavericks and know what Luka has already done and what he’s going to do for the Mavericks in the future.

Climate lessons we can all learn from Indigenous wisdom

Suspected dog owner speaks out after being found bound to basket