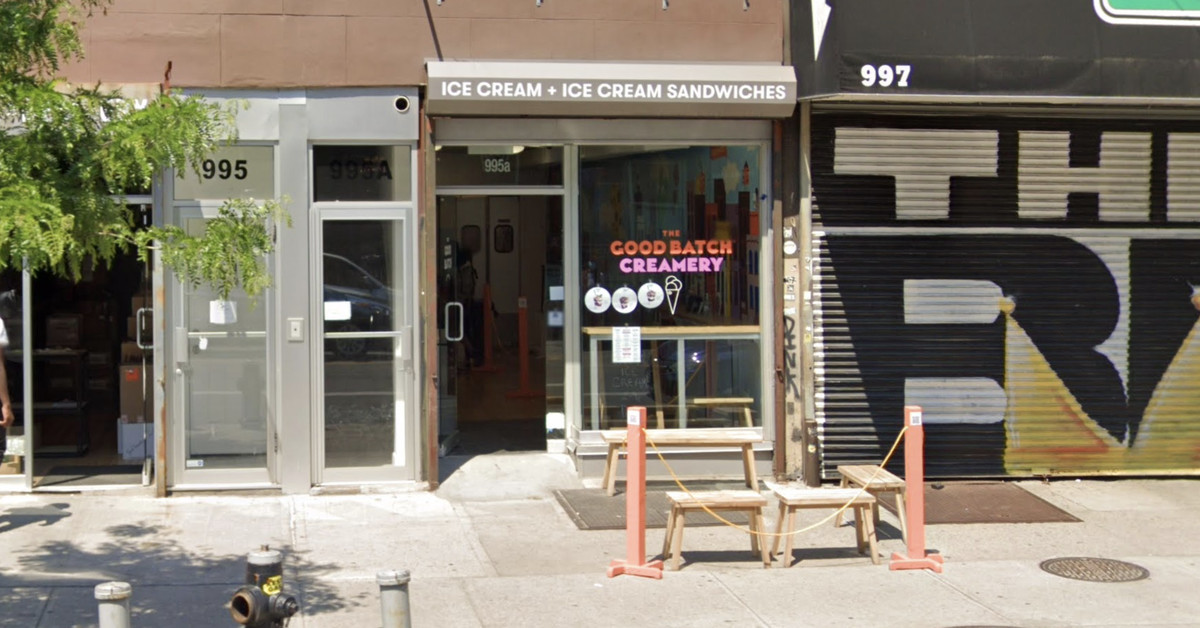 Nearly two years after restaurants inside New York were first closed, restaurants and bars continue to close. At least 1,000 have closed since March 2020 due to the economic downturn caused by the coronavirus pandemic. Due to the difficulty of tracking restaurant and bar closures, experts say that number could be even higher and will likely take months or even years to assess.

Among them are the pop-up bubble tea shop Undited by Solely Tea as well as a Dominican favorite El Gran Castillo de Jagua. Below, Eater documents the city’s permanent restaurant closures so far. If a restaurant or bar has closed in your neighborhood, let us know at [email protected] This post will be updated regularly.

Chelsea: Wine bar the drunk horse took its last gallop. The place was known for its flatbreads and Mediterranean snacks. A tipster shared the news with Eater earlier this month and now the company’s website is no longer operational; Google also marks it as permanently closed.

Hill Clinton: Neighborhood favorite the Good Batch has closed its ice cream shop, the Good creamery. The scoop shop, which operated for just over a year and was located directly opposite Anna Gordon’s bakery on busy Fulton Street, served a rotating selection of flavors, some inspired by popular cookies like a caramel brownie swirl. A for rent sign was recently spotted on the storefront and Eater confirmed the closure via social media.

Lower side is: Earlier this month, Eater shared that Crab Du Jour had closed in the neighborhood. Now Bowery Boogie is reporting that Juicy King Crab Express is no longer after less than a year of operation.

Jackson Heights: A white castle which had been in Queens for over 80 years has closed for good. The family business opened in 1935 and has been owned by the same owner ever since.

Perspective heights: Beloved Thai place Watch by Plant Love House closed in Brooklyn. Manadsanan Sutipayakul’s last remaining restaurant is Noods n’ Chill in Williamsburg, which she opened with her daughters and son in January 2020. The Look by Plant Love House team tell Eater they don’t have the intend to open another restaurant.

Bay Terrace: After 50 years of activity, Jack’s Pizza and Pasta came out at the Bay Terrace mall. The pizzeria’s lease expired last September and Cord-Meyer Development Company, which owns the mall, has not renewed it. According to local publication Patch, Jack’s and Cord-Meyer have reached an agreement that the restaurant could operate from its longtime home on 26th Avenue until January 15, when it will close permanently.

East Village: Tatsu Ramen appears to be permanently closed at 167 First Avenue, between 10th Street and 11th Street. Neighborhood blog EV Grieve noted in November that the three-year-old ramen shop had been temporarily closed for more than a month. The First Avenue space is now advertised on the RIPCO real estate website.

Lower side is: After a year of rapid expansion in all five boroughs, the Cajun seafood boil chain Crab Of The Day closed its storefront at 384 Grand Street, Suffolk Street, according to Bowery Boogie. The closure leaves the chain with just under 20 locations in New York State.

Lower East Side: Uchu, chef Eiji Ichimura’s 10-seat sushi counter, closed after four years on Dec. 30, according to a notice on its website. The restaurant of owner Derek Feldman, who also runs the famous restaurant chain Sushi On Jones, piled on extravagant ingredients like caviar, truffles and wagyu, but lacked flavor, according to an early review by Eater critic Ryan Sutton.

Meatpacking District: Intersect by Lexus, the luxury car brand’s highly rated #sponcon restaurant, is no more. As Eater previously reported, the restaurant run by Danny Meyer’s Union Square hospitality group closed after three years for reasons unrelated to the pandemic. A representative for Intersect declined to provide a reason for the closure, calling the restaurant a “huge success.”

Union Square: Restaurateur Simon Oren has closed the Union Square location of his 5 napkin burger restaurant chain, which also has locations in Hell’s Kitchen, the Upper East Side and the Upper West Side. The burger joint closed less than a month after year-old Tamam Falafel, located next door and also owned by Oren.

Upper East Side: Bistro corner Eat Restaurant and Bar permanently closed on December 30. The restaurant, known for its martinis and raw bar happy hours, hopes to reopen at another location “very soon,” according to a note announcing the closure on its website.

East Village: Downtown Restaurant from Virginiaknown for its burger, closed for New Years at East 11th Street on Avenue C. The team tells Eater that its lease was up for renewal and they will instead look elsewhere for a bigger space. The restaurant, which opened in 2015, had faced both the challenges of a fire and the pandemic.

Green Point: Charming neighborhood restaurant filled with books Milk & Roses, closed at 1110 Manhattan Avenue near Clay Street. But fear not, according to their Instagram post, the team plans to move one block away to 1140 Manhattan Avenue at Box Street in the next few days — stacks of books are coming in for the move.

Upper West Side: my favorite dish, a kosher restaurant that had been a downtown staple for over 40 years, says goodbye. According to the West Side Rag, the closure was linked to issues with a lease renewal. The publication also reports that the company will be looking to relocate its restaurant elsewhere.

Chinatown: unedited by Solely Tea, a spinoff of Chinatown sneaker and boba shop Solely Tea, has closed for good after a brief five-month run. The showcase focused on high-value shoes curated by siblings Amy and Kenney Zhang. It opened last August, but a grocery store has since opened in its place.

East Village: The seemingly always-busy retro-themed cocktail party Boilermaker called it quits after seven years in the neighborhood. Earlier this week, the team announced a final call for wings and drinks on their Instagram account. Owner Greg Boehm’s other businesses, including the Cabinet and famed Mace bar, will continue to operate.

Hell’s Kitchen: pub on the road, a bar that opened on Ninth Avenue in 2019, closed just before the New Year. The bar faced several challenges, including reports of gas line issues and a fire on the roof of the building, combined with difficulties stemming from the pandemic.

Downtown : Greek place Molyvos — which had been open in Manhattan for 25 years — closed. The team announced the closure on its website, saying the restaurant inside the Wellington Hotel would be undergoing renovations and the owner would be looking for a new location. Restaurant group Livanos also owns Oceana and Hudson West, as well as Westchester City Limits Diner and Moderne Barn businesses which remain open.

Nomadic: Chef Jonathan Benno’s eponymous restaurant Beno had just landed a 2021 Michelin star, but that didn’t prove enough to stop the chef from shutting down the dining destination at Hotel Evelyn. The restaurant, which received a rare three-star review from food critic Pete Wells in 2019, had been closed for most of the pandemic. In September last year, Benno reopened briefly only to close again at the end of the year. According to New York Times, Benno is also leaving Leonelli Bakery and Bar Benno, his two other projects at the hotel, operated by the Bastion Collection and Triumph hotels; the bar will be renamed Evelyn Bar and Leonelli Bakery will keep its name under its new management. Benno also shared in a statement to Time“[COVID-19] tested our wits, strengthened our bonds and forced a serious reassessment.

Perspective heights: The essential of the neighborhood El Gran Castillo de Jagua announced its permanent closure last week, concluding a 34-year run in Prospect Heights. “We are sad to inform you that after thirty-four years, El Gran Castillo de Jagua will be closing after losing our lease,” owner Sergio Olivio shared in a Facebook post. The beloved Dominican restaurant closed once before in 2013, after losing its lease at its former location at the corner of Flatbush Avenue and Park Place. In a Facebook comment, the restaurant shared that it has no plans to reopen at any other location.

Union Square: The location of Union Square Tamam Falafel, owned by Simon Oren of neighbor 5 Napkin Burger, has closed at 150 East 14th Street after a year in business. In January 2021, the vegan falafel spot opened in the former 5 Napkin Burger Express location in Oren. According to EV Grieve, the Upper East Side outpost of Tamam will remain open, and Oren plans to open in a new, undisclosed location soon.


Register to receive the newsletter

Is it time to put AGCO (NYSE:AGCO) on your watch list?