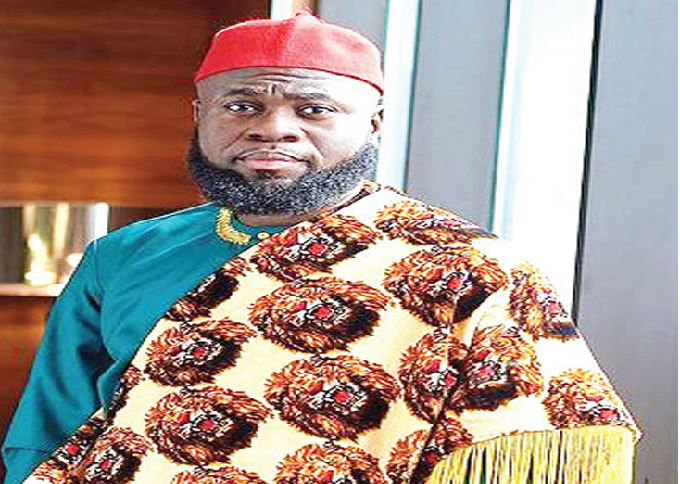 Nosa Afolabi, popularly known as Lasisi Elenu tells ENENAITE BLESSING on his experience as a skit maker, what sets him apart from his peers and other issues

Tell us about your journey.

I come from a family of six, father, mother and four children. I have a sister. I was practically born into a military family. I grew up in Lagos and have spent most of my life there, although I was born in Kano State. My father was in the Air Force but is now retired. Basically, I spent my life inside and outside the barracks.

Why did you choose to become a sketch creator/comedian on social networks?

Growth has come over the years. There was a time when we admired radio and television. Then, social media became essential. Social media has been around since the early 2010s, but has since become more prominent. This is how I saw an avenue to express myself. My primary goal when I started wasn’t really to make money. I just saw it as an opportunity for me to be there (in the dazzle of the audience). It felt good but I was pursuing a career in music on the side and it was a struggle. I thought the best way to get famous, outside of my music, was to do sketches. I tried and it paid off. I became popular and no longer saw the need to pursue a career in music. Therefore, I decided to continue creating content and being in the entertainment space.

What makes you different from othersuh sketch makers?

Many things. First, I see my brand as a family brand. I love knowing that kids of all ages can watch my videos and knowing that I would come up with things that families can watch as a whole. I appreciate my ability to create characters and I have a strong ability to do so. I see myself as someone who has been nurtured by many Hollywood experiences. I saw that characters are a very important tool and that’s why Halloween can be celebrated in the United States today and people can dress up as multiple people. But here in Nigeria, we are quite limited. So I decided to take advantage of this space. I express my characters differently and they are always interesting. My ability to play different personalities is the advantage (that I have) over other skit makers.

How do you plan to maintain your notoriety?

There is so much to do in the entertainment industry. I did a webseries last year called, The divine power of mom and dad, which I co-produced with Nonso Adika. I also did the guy razz, which was my first feature film. I had done other films but I was not the main character. If I can do something in about five minutes and it feels nice, I can always do it in an hour or two for movies. There’s so much to explore – from TV shows to comedy, movies and production.

What lessons has life taught you so far?

Life taught me to “hustle”. I learned that in everything you do, consistency is key. In the journey of life, success is not the most important thing, but maintaining that success is everything. Therefore, I will continue to do the work that would allow me to continually succeed.

If you hadn’t been a sketch creator, what would you have done?

I would have become a radio host, an actor or a fantastic comedian. Before becoming an actor, I was a voice-over artist and I also worked in a radio station.

Also, I can cook. That means I could have become a great cook too.

Do you think sketch makers can eclipse the comedians in the years to come?

Not really. They have different markets. Comedians have their fans. They have the ability to attract their crowd and those who love them. They (stand-up comedians) don’t necessarily have to have a million social media followers before they can have hit shows. One should not affect the other.

Sketch makers have been getting a lot of attention lately. What do you think is responsible for this?

People still listen to radio and other forms of traditional media, but this generation is more inclined towards social media. It’s rare to find a child who understands the lifestyle being glued to the radio or TV. They may not know the recent shows on TV, but they know what’s happening on social media. It is wise to take advantage of it. You don’t have to be a skit maker to be active on social media.

What is the most memorable moment of your career?

Being an influencer is quite memorable. I found grace and it brought me here. Putting smiles on people’s faces is always memorable to me.

Have you ever done a sketch that you wish you had done better?

It’s quite normal. Every creative person goes through this, and there’s always something you would have liked to add to improve your work.

I see myself as someone who has taste and a certain level of class. I take pride in looking good because I think it tells my brand. I like to dress up.

What do you want us to remember?

I want to be remembered for putting smiles on people’s faces.

Do you intend to get into comedy and cinema?

Film is a big adventure and I can’t wait to be in more films, to express myself and to deliver characters. People have seen me play different roles in my sketches. It will be good for them to see me do that in the movies too.

What inspired your web series, Mama and Papa Godspower and how would you describe the reception it has received so far?

Me and my friend and colleague, Nonso Adikam, usually call funny names. She calls me Papa Godspower, while I call her Mama Godpsower. This is how the idea was born and we worked on it to become what it is today. People reacted well to it and it will not only be on Youtube. We plan to extend it to terrestrial and cable television.

Will you accept an invitationtion by the government to represent young people, given the negative reactions it may elicit?

We live in a time when we have to be careful. I would lend my voice to a good cause as long as it is transparent and people are aware of what the conversation is about. The intention must be known and must not be behind closed doors. We shouldn’t meet to take pictures.

Do you believe that sketch creators have the power to influence government decisions?

I think our leaders have their own mind. I can’t really say if we can influence government decisions. But we have to keep trying.

What foods can you prepare very well?

I can prepare different types of rice. i can also do oh yeah and ogbono soups. I also make beans.

How do you relax?

I just like being at home, watching good movies and eating “small cutlets”. I like to be in my personal space.

All rights reserved. This material and any other digital content on this website may not be reproduced, published, broadcast, rewritten or redistributed in whole or in part without the prior express written permission of PUNCH.

MASN weighs on Nationals, but there may be hope