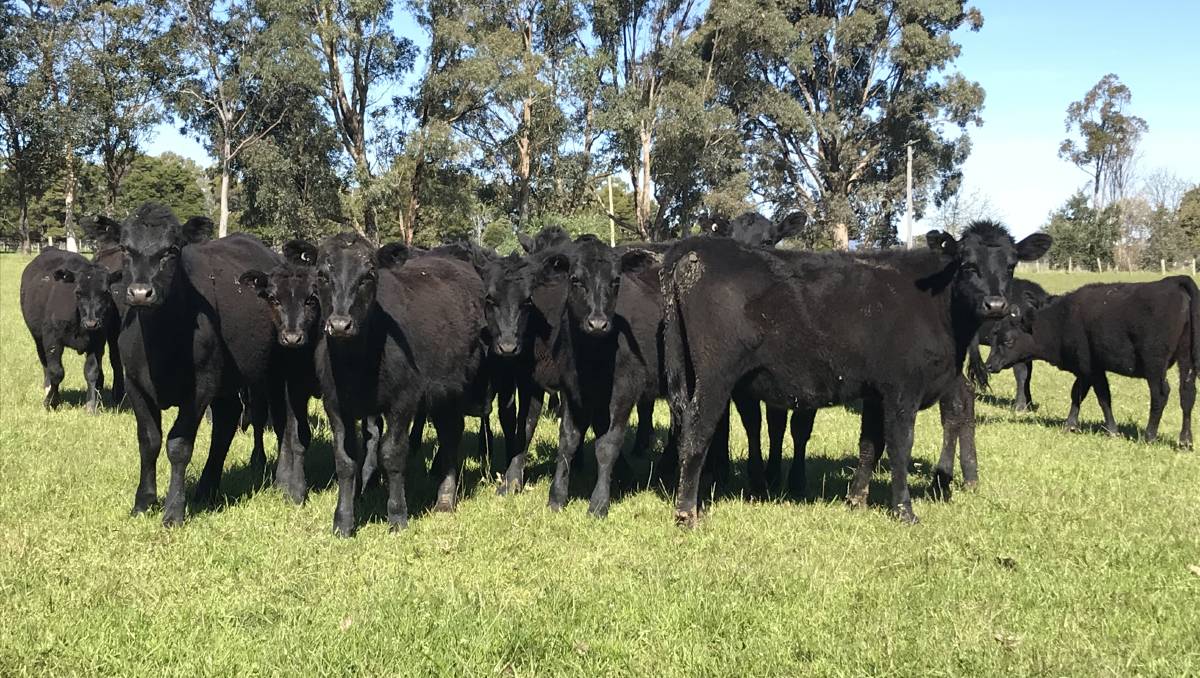 PRODUCERS looking for in-store cattle should look no further than this month’s Elders Boyanup in-store sale.

In the Friday 17th September sale, the Elders South West team is expected to reach 1,200 head, which will suit a range of different buyers, from batch eaters and weed feeders to smelters.

Michael Carroll, Southwest Elders Cattle Manager, said the sale will be Boyanup’s first sale for Seniors this spring and will include an excellent range of beef steers and heifers, as well as an exceptional fleet of dairy steers.

“The arriving cattle have come out of a very wet winter but have held up well and with the change of seasons and the forage now receding, this sale is a good time to stock up,” said Carroll.

“We have the usual weight and age range, from young cattle to the one-year-old types, to suit all breeding and fattening operations. “

The sale will start with the supply of steers and heifers and one of the biggest sellers in the section will be Moorlands Grazing, Boyanup, with a supply of 30 Angus steers.

Seniors, Boyanup rep Alex Roberts said steers between the ages of 16 and 18 months were bought at weaning and grown.

“They are in good shape and ready for the feedlot,” Mr. Roberts said.

The steers were purchased as weaned earlier in the year and now weigh between 320 and 340 kg.

Donnybrook seller DA Miller will also be among the top bullock sellers with a supply of 30 Limousin-Murray Gray cross cattle (15 steers and 15 heifers).

Seniors, Donnybrook rep, Pearce Watling, said the cattle were the sire of a Unison Limousin sire, from Murray Gray hens and this was the Millers annual draft.

Other lines of interest in the beef pens will be 14 Simmental steers bred by SJ & RM Lees owner Wilga.

Elders, Bridgetown rep Deane Allen said the steers are in an advanced state of storage and would make good heavy feed steers.

Another client of Mr. Allen to have cattle for sale is CR & AL Dimasi, Donnybrook, who will feature 15 owner-bred Limousin heifers.

Heifers aged 14 to 16 months are described as being in good condition and good types of fattening.

In first cross steers, MR & JL Piggott, Busselton, will be the biggest seller with 18 Angus-Friesian steers and eight Hereford-Friesian steers, all aged 18 to 20 months.

The sale will feature a good set of Frisian steers aged three to 20 months.

At the older end, FE & PA Parravicini, Harvey, will be hauling 30 black and white steers raised by their owners aged 18-20 months.

Seniors, Harvey / Brunswick rep Craig Martin said the line was in advanced store condition and would weigh over 500kg.

“These steers can be finished this year,” said Martin.

Another more important line this time in the 14-16mo age group will be presented by BJ Depiazzi, Dardanup.

The Depiazzi will offer 24 steers raised by their owners and Mr Roberts said they were good fresh food stores and would average 350kg.

CT Blakers, Manjimup, will also be offering numbers, which will carry 40 steers aged 12 to 14 months that were purchased as poddies.

Other larger lines in the poddy race will include 30 steers aged 6 to 8 months from CA Panetta, Harvey, who purchased the steers and raised them on his calf farm and 30 steers raised by the aged owner. 6 to 8 months old from Uduc Brook Farms. , Harvey.

There will also be a good line of young first cross heifers up for grabs from Waterloo J & C & R Drennan.

SL vs SA 2021 – Mark Boucher: The team realized that we are not a finished product