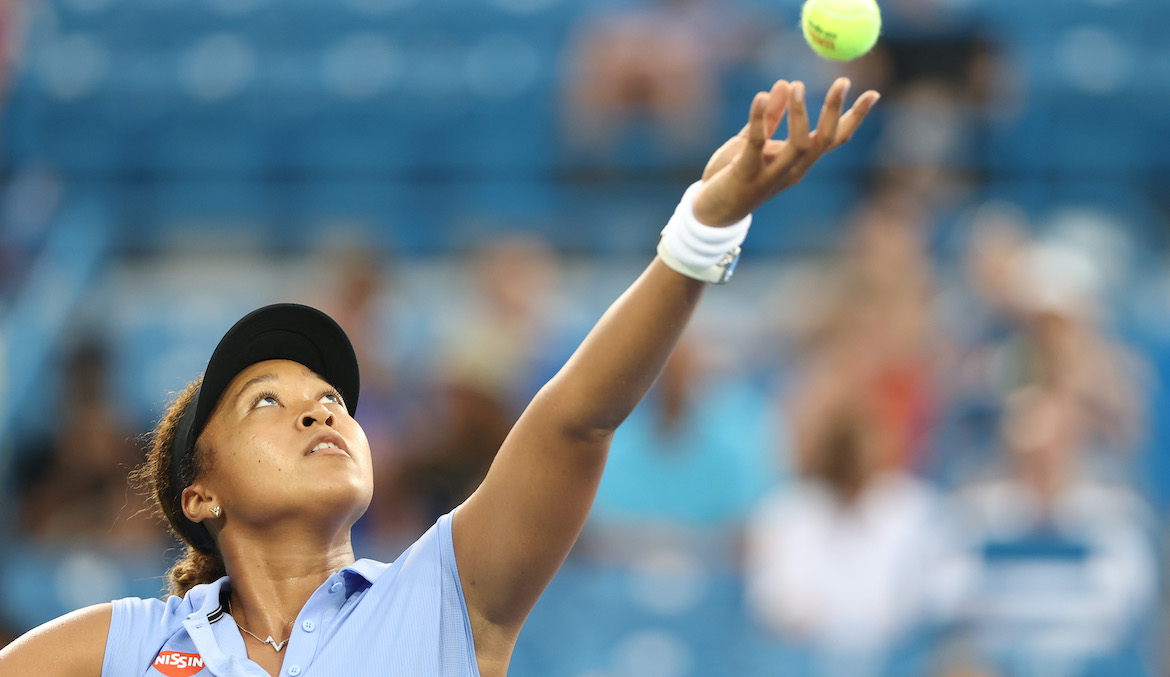 How social media plays a role in athletes and mental health

When Steffi Graf lost in the first round at Wimbledon in 1994, the “Twitterverse” did not yet exist. When Paula Radcliffe left the mid-marathon during the 2004 Athens Olympics because she felt “empty”, she didn’t have 10 million Instagram followers commenting on her opinions on her performance. And when Tonya Harding was at the center of one of the biggest scandals in sports history, there was no one to remember the moment.

Then came Naomi Osaka, who turned to her thread to write an essay on her mental health after withdrawing from a press conference at the 2021 French Open. Like her, Simone Biles heroically left gymnastics competition at the 2020 Olympics last month. Within hours, she posted on Instagram to tell her fans that she felt like “the weight of the world” on her shoulders. For every message of support these women received, there was one calling them for letting their fans down.

Social media has given us unfiltered access to athletes at all times of the day. We can follow Laurie Hernandez around the gym, see how Tom Daley trains (and knits), and double-tap photos of Serena Williams’ adorable daughter. The sports legends of our generation are at our fingertips, which means we can love, comment on and criticize their every move.

Since we have these looks behind the scenes, the gap between the fans and the athletes has become narrower and narrower. While, on the one hand, it gives players a chance to connect with their communities in a whole new way, it also creates an additional layer of pressure on top of all the other expectations that have always been associated with competing at an elite level.

The concept of performing in front of an audience is not new to the world of sport. Since the advent of television broadcasting in 1927, professional athletes have competed on the world stage with millions of people watching their every move. What has changed, however, is the constant feedback loop they are submitted to from social media and the 24 hour news cycle.

“With social media, athletes are closer to fans, so they get immediate feedback on themselves, their brand and their ability to perform,” explains Leeja Carter, PhD, member of the board of directors of the Association for Applied Sports Psychology. “It puts the athletes in the spotlight and exposes them to criticism not only on their ability to perform, but also on their day-to-day life, which absolutely has an impact on how they see themselves when playing their sport. . “

When an athlete’s skills are superhuman – Biles’ Yurchenko Double Pike defied gravity, after all – it’s easy to forget that they themselves aren’t. ” There is [this idea] that because we’re strong we’re bulletproof and nothing can affect us, ”says Lindsey Vonn, a former World Cup alpine ski racer on the American Ski Team who won associated with Allianz to raise awareness of the impact of competitive sports on mental health. . “While it might be the case during competition, it’s not always the case when you get home. “

Athletes work from an early age to be able to compete at an elite level; however, we do not see these years of sacrifice, because at the time when most of us to listen about a new star, they’re already established. Instead, all that hard work comes down to a 90-minute soccer game or a 90-second floor routine.

For Michelle Carter, an American shot putter who currently holds the world record in the sport, staying away from social media is an essential part of her training schedule before a big competition. “Every move you make can be criticized, and at times like these you are very vulnerable and you want to protect your state of mind, your emotions and your mental game,” she says. “I have seen so many athletes crumble time and time again under the pressure to get to the Olympics because they can’t even enjoy it – or in fact be at their best – because the pressure there preceded because social media was too strong.

This closeness created the feeling that athletes “belong” to their fans, as if they owed spectators a gold medal or a winning goal every time they compete. “For some reason people feel like the athlete is theirs and the athlete has to perform to them. And it’s really wreaking havoc, ”says Carter. As Biles told reporters when she walked away from her Olympic competition, “I wanted it to be for me when I got there, and I felt like I was still doing it for other people. . “

To be clear, not all social media is bad. “A pro is that [athletes] have that connection with the fans and the media, and people can really understand who they are behind the scenes, ”says Dr. Carter. Before the advent of social media, fans relied on media and post-match press conferences to connect with their fans off the pitch. But as Osaka showed earlier this year when she pulled out of those press conferences for the sake of her sanity, this traditional format is far from perfect. When players have their own platforms, they are able to control the narrative around which version of themselves they want to present to the world.

For black female athletes, in particular, the experience of these external pressures is further exacerbated by the misogyny that clings to sport and society in general. “We have to recognize that racism, sexism and classism create a different pressure and that this has a significant impact on black women in the way they are criticized and treated in the media,” says Dr. Carter. “The intersectionality of these forces has a 100% impact on an individual’s mental health. “

As public figures, black female athletes are often faced with portraying entire communities and standing up for what they believe, says Carter, who carries emotional weight. “It’s hard to find your role as an athlete when you’re competing and trying to be the best in the world at what you do, but you also represent all of these other things – I represent the black community in. water sports. , “said Ashleigh johnson, two-time Olympic gold medalist and NordicTrack team athlete. “That’s a big part of why I do what I do in the water and why I talk about what I do outside of the water. “

In an ultra-competitive landscape, this can be another way for the pressure to land disproportionately. “It’s extra pressure on the athletes to update the world quickly if something happens,” Carter said. “It doesn’t allow athletes to stand, protect themselves and do things in a way that is really right for them.”

So where do we go from here?

About 35 percent of professional athletes suffer mental health issues at some point in their careers, and until athletes spoke out recently, it remained a silent statistic. While we still want to be able to see the underdogs overcome any obstacles and see the superstars gain milliseconds on world record sprints, we can also be okay with letting heightened empathy for the athletes overwhelm us as Gatorade being dumped before the race. release of the trophy.

Sport has always been a way for us, the fans, to understand and relate to the world. When we witness acts of greatness, we are inspired to show ourselves more enthusiastic in our own lives. When we watch the players struggle, we remember the times when we also felt exhausted. And now, as we see athletes relate the impacts of mental health so closely to their own physical performance, we can also understand how stress, anxiety, and pressure manifest in our own lives.

Because of Biles and Osaka, and surely other athletes to follow, we’re pivoting the conversation around sports to be more holistic that recognizes a person first. and then an athlete. We’re better at it.

Oh hi! You look like someone who enjoys free workouts, discounts for cutting-edge wellness brands, and exclusive Well + Good content. Sign up for Well +, our online community of wellness insiders, and unlock your rewards instantly.