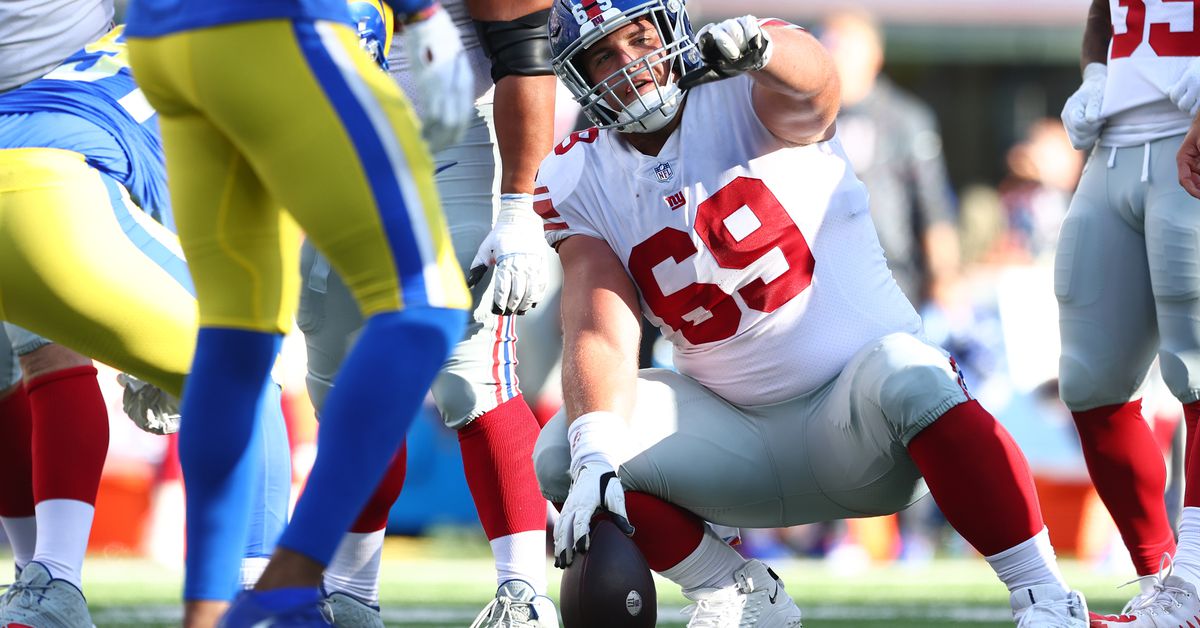 Thursday was one of those days that New York Giants coaches and coordinators were available to the media, along with head coaches Joe Judge and Matt Rhule. Here are some of the items from the assistant coaches that we weren’t able to get.

About this fake punt

The The Los Angeles Rams pulled a false punt on the Giants last Sunday where it looked like the Giants had left a shooter uncovered. It turns out the Rams ended up getting penalized for hiding the shooter on the sidelines and sneaking him in last season. Special teams coordinator Thomas McGaughey didn’t seem happy with the Rams’ chicane.

â€œThey tried to sneak a late guy. Typical. It is what it is, â€said McGaughey. â€œYou can’t intend to cheat on the inside of the bench. If everyone’s on the pitch, and all of a sudden a guy comes in late on the pitch, the guy has to get in the numbers and then come back to get ready. If he does not enter the numbers, illegal substitution, both flags come out. It’s illegal, you can’t do it.

The game ended up making up for the penalties because Giants assistant special teams coordinator Tom Quinn apparently entered a restricted area while trying to report the Rams violation to officials.

Each week this season, the Giants have had a different combination of offensive lines. It’s impossible to create true consistency under the circumstances, but offensive line coach Rob Sale knows that expectations don’t change.

â€œThis is the theme of the moment. I’m trying to create consistency, but right now it’s a bit difficult. That’s what it is, you have to get the guys ready to play, â€Sale said. â€œThere are no excuses. People don’t care, and rightly so. Get these guys ready to play and bring out a good product for Sunday, that’s the plan.

After an expensive Week 3 fumble against the Atlanta FalconsGiants tight end Evan Engram was booed every time he entered the game and applauded as he left the pitch. Engram has had three productive games since, with 12 catches on 15 targets.

I asked tight ends coach Derek Dooley how Engram dealt with the fans turning against him.

â€œHe was phenomenal and was no different,â€ Dooley said. â€œHe’s seasoned in combat. This is his fifth year in the league. When you’re in the league for a while and you’re in the limelight, you’re going to come under criticism. It’s the nature of our sport, the nature of our business. No different from coaching. It’s hard to really survive and last if you focus on everything that is being said about you.

â€œIt’s so important to be able to evaluate what you do on a day-to-day basis internally, then accept what you have done, work on correcting it, recognize what you did well and continue to build on that. He took this approach. I am really proud of him.

“Hell no, that’s not a bad direction!”

Panthers coach Matt Rhule said this week he wants his team to throw the ball at least 30 times per game, starting on Sunday against the Giants. Patrick Graham, the Giants’ defensive coordinator, takes him at his word.

â€œHe lets everyone know – I’m so bad with sayings – everyone knows we have to throw the ball. I take it for granted. Again, I don’t know the man personally, but I have heard about him and the way people talk about him. I take it for granted. They are going to come here with the intention of running football. He challenged these guys and I’m sure that was a motivating thing for his team.

The Giants have injuries in the back. They have a myriad of wide catcher injuries. Engram again suffers from a calf injury. Kyle Rudolph (8) and Kaden Smith (3) have only 11 catches so far this season. Rudolph (48 career TD) was not a red zone factor.

Do the Giants need to involve these players more in the passing offense?

â€œWe try every week. We have chances, we have opportunities. For different reasons, you might not get as many as you want. Whether we have injuries or not, we’re trying to get out there and really have a positive impact on the game, â€Dooley said.

“We always create a menu where each position can have a big impact on the game and we see how that plays out.”

The rookie receiver will not play this week due to his ankle injury. We did get a glimpse of what the first-round pick can do, however. Wide receivers coach Tyke Tolbert thinks there’s a lot more to come.

â€œHe’s getting there. He’s not near where he’s going to be, â€Tolbert said. â€œYou still have to have patience with young people. They always try to feel the game. It will be the first time he has had such a long season. It’s a process with him, it still takes patience to be able to get him to do the things we want him to do consistently.

The two rookies, the third and fourth round picks respectively, have returned to training this week. They will not be added to the 53-man roster in time for Sunday’s game and expectations of their contribution in the near future need to be tempered.

“These guys have been training for three months live .. he [Smith] didn’t play last year either, so I don’t have an answer for how long it’s going to be. He might come out today and look like a whole different person, or it might take a week or two.

Defensive back coach Jerome Henderson said: â€œwe’ll find out as we go alongâ€ how far Robinson is:

â€œWe liked him to come out, then we lost him pretty quickly. It’s really the first time we’ve seen him go out and train. Excited for him. The kid did a great job keeping himself mentally in and prepared. Again, I’m just excited to see him there in the mix.

“Hope we can upgrade it soon.”

Cornell Launches $ 5 Billion ‘To Do The Greater Good’ Campaign