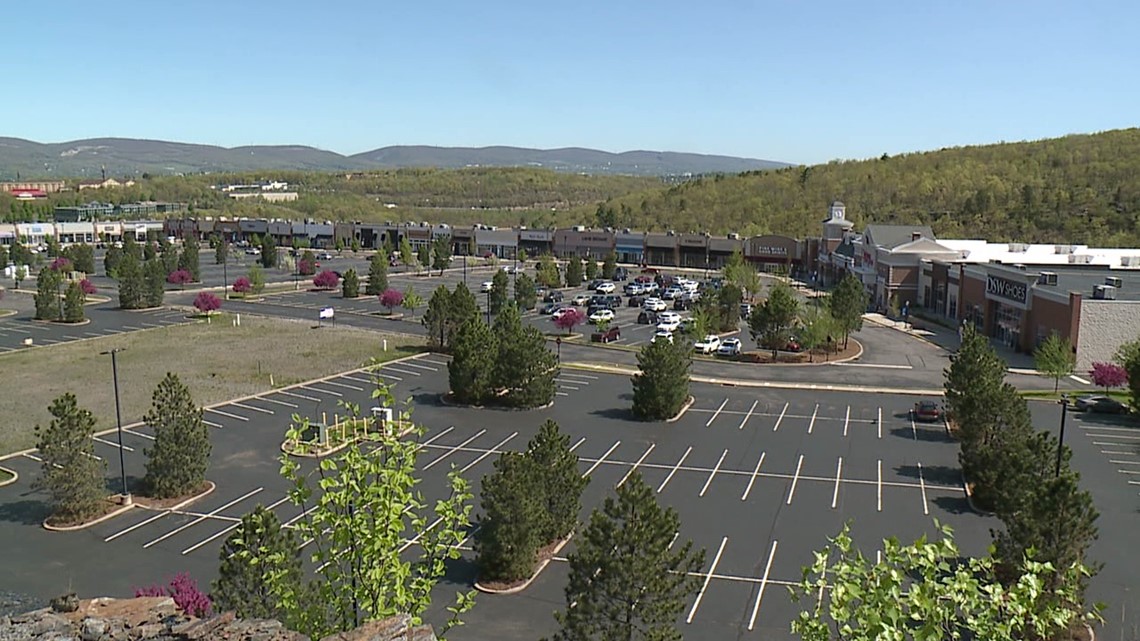 New businesses are in the works for the Shoppes in Montage and another popular business across the street – all good news for people visiting the area.

There are several vacant storefronts at The Shoppes at Montage, but some won’t stay empty for long. US Properties Group, the owners of the Shoppes at Montage Mountain, says Duck Donuts, Mattress Warehouse and Dave & Busters have all signed leases for the mall.

Duck Donuts and Mattress Warehouse will go inside existing storefronts.

Dave & Busters will construct a new building near DSW Shoes and Food & Fire BBQ and Taphouse.

“It’s a really good opportunity, like a great space for business, so it’s a shame not to use it. So I think it would be nice to have a bit more stuff in the area.”

The businesses that come to Shoppes at Montage are new to the area, and people we spoke to say they are happy to have the variety.

“Dave & Busters is so fun to go with your friends. It’s kind of like an adult Chuck E. Cheese. So I think it would be really fun for students to do,” said Carli Lavoie, a student at the University of Scranton.

“I’ve been to a Duck Donuts before, and they’re great. When I go to Philadelphia, I especially go there. So I think it will be good for the area and attract more people,” Myah York said.

“I think they’re going to do really well here. I think a lot of people in the area will be excited to have new things to do,” Camryn Perri said.

Borough of Moosic officials have also confirmed that a Chipotle restaurant is taking over the former Johnny Rockets building across from the Shoppes in Montage.

It’s unclear when stores will open or how long Dave & Busters will take to build.