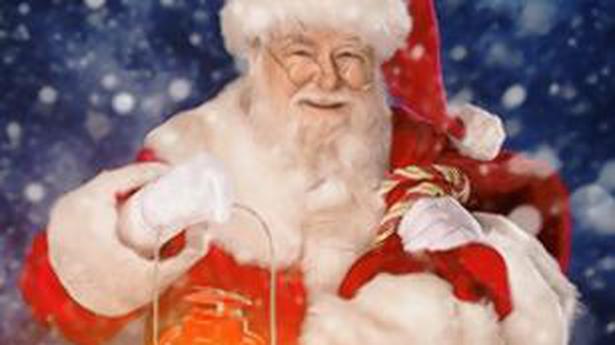 The festive spirit would fill the air, with frantic shopping and Christmas carols played and replayed in our old tape recorder.

Madras, a melting pot of culture, art and literature, has always evoked good and beautiful memories in me, a Keralite born and raised in the hot and dusty city now called Chennai. Although now I have been a resident of Kerala for years, nostalgic memories, especially those associated with the festival celebrations, remain.

We lived in a residential colony, where people of all religions, castes and communities coexisted. I believe that this transculturalism, this pluralism and this multilingualism shaped my personality and shaped me into a free-thinker individual with liberal and democratic values. We celebrated all the festivals with enthusiasm and there was a rare camaraderie among the comrades of the colony. As Christians, we celebrated Christmas fervently when the sweltering heat gave way to the chilly December winds.

The festive spirit would fill the air, with frantic shopping and Christmas carols played and replayed in our old tape recorder creating the right Christmas atmosphere. The curtains and cushion covers would all be taken down to be washed, the mosaic floors cleaned and the furniture dusted, and our house would be designed to welcome Christmas. Making Christmas cards for all of my relatives and friends was a labor of love. Each card had my heart and soul rooted in it. The sequins that would open in multiple layers were my favorite. Decorating the Christmas tree was a big deal. My father would take me on his Lambretta scooter to cut a good branch for the tree, which would stand proudly in a flowerpot on our veranda like a bride in all her finery. A Christmas star with a red bulb gave the right aura.

My mom used to bake divine plum cakes and other treats. The keeper, the postman, the sweeper were visiting for their share of Christmas treats.

Every December 20, my brother was at his best creative making the nativity scene, with a blue starry sky, mountains, rivers and the dilapidated barn. Neighborhood children contributed and admiring spectators took pictures. Another highlight was the ecumenical Christmas carols. When Christmas Eve arrived, our excitement reached a crescendo. The image of my slave mother in the kitchen preparing a four-course Christmas dinner for at least 20 guests remains etched in my memory.

After midnight mass, all the parishioners wished each other and we went home to detonate firecrackers. Christmas baskets would be distributed to neighbors. Breakfast and lunch would be followed by a refreshing nap. After a late dinner we would retire to bed exhausted, disappointed that Christmas was over. All of these memories were shared and recreated for my daughters, but what is missing is the multi-religious and multi-cultural society that made all Christmas celebrations meaningful and unforgettable!

Neil Sperry: Buffalo grass may be a good option for the lawn | Local news