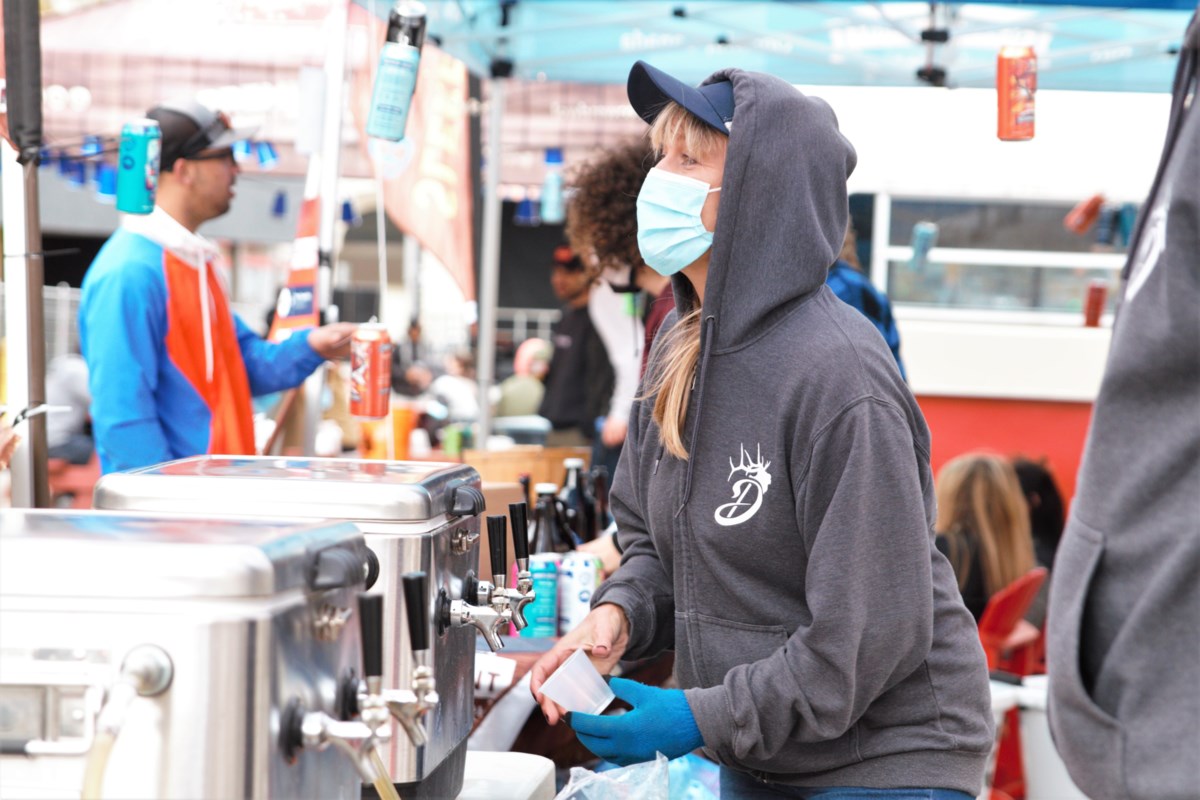 THUNDER BAY – Neither periodic rains nor pandemic restrictions could chill the spirits at BrewHa! The Craft Beer Festival takes place on weekends.

The event brought together hundreds of people in the North Core on Friday and Saturday for a festival featuring local and visiting brewers, food and live music, closing a block of Cumberland Street to the north from Red River Road.

For many attendees, who were required to show proof of vaccination or a negative COVID-19 test, the event marked the first time they had attended an important event or listened to live music since the start of the pandemic.

It helped keep smiles on despite the periodic rains and slightly chilly temperatures, said Kerry Berlinquette of Dawson Trail Brewery, a BrewHa! faithful since the launch of the festival in 2015.

“It’s been a really tough year and a half for everyone – just emotionally, economically, everything is working,” she said. “So being able to see people just having a drink, talking to their friends and enjoying Thunder Bay again is just heartwarming.”

Will Vander Ploeg, a regional sales representative for the Lake of the Woods Brewing Company in Kenora, echoed the sentiment after a summer of few events.

“It’s great to see,” he said. “Obviously we still have limited capacity, but just being able to go out and see people get back together… it’s really rewarding. “

BrewHa! Organizer Sara Sadeghi Aval Hosting hoped that hosting the festival downtown would help increase traffic to restaurants and bars in the area, several of which joined in her “takeover.”

Still, she said the event will likely return to her usual home in Marina Park next year.

“With COVID regulations it was a much more private space – we could control the traffic [and] how many people were here, ”she said. “It would have been great to have more, but for this year I think it was a huge success. “

Seven breweries participated this year, said Sadeghi Aval, including local newcomers Lakehead Beer Company, who served some of their first drinks at the event.

The event’s three 25-person sessions sold out quickly in advance. A portion of the proceeds will be used to support the Canadian Mental Health Association.

Things to never do while shopping, say the experts

Resistance and Silence Cinemas at The Brattle, and new releases ‘The Guilty’ and ‘The Voyeurs’