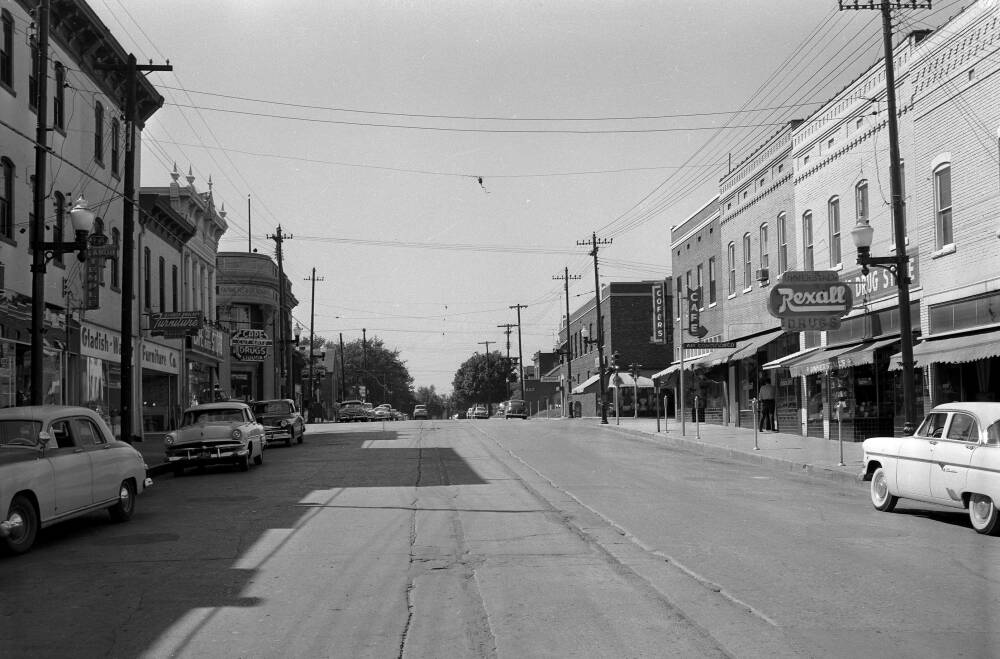 Twenty-five years ago, the 600 block of Good Hope Street had become much quieter. At the end of May 1997, Sam Unnerstall closed the pharmacy that his father, Frank, had established 70 years earlier.

In an article in the Southeast Missourian, Sam spoke about his father, the business, and changing times in Haarig.

CLOSING OF UNNERSTALL AFTER 70 YEARS

Sam Unnerstall was 10 years old when his father, Frank, moved the family pharmacy to new premises at 630 Good Hope St. Sam worked in the fountain and was in charge of the comics.

When Unnerstall Pharmacy closed on Friday after 70 years in business on Good Hope Street, he said: ‘It’s going to be hard to leave and leave all these people.

Unnerstall’s is one of the last of a group of businesses that once made the now nearly moribund Good Hope neighborhood one of the city’s thriving shopping centers.

The site was occupied by a blacksmith’s shop at the turn of the century, when this section of Cape Girardeau was known as Haarig and was alive with the sounds of tradesmen at work and saloons.

Frank Unnerstall opened a pharmacy in the block on February 12, 1927. In 1934, he became the first Cape Girardeau retailer licensed to sell alcohol after the repeal of Prohibition.

He moved the company to the current address in 1943. Sam joined the company in 1958 after graduating from pharmacy school, getting married and leaving the army. He eventually took over the business from his father, who died in 1978.

When the Orpheum Theater opened on Good Hope, Unnerstall did a good business making ice cream sodas and cherry cokes. “The movie would come out at 10 or 11 p.m. and we would stay open until the show was over,” Unnerstall said. “And a lot of people would come on Sunday mornings and hang out.”

Good Hope continued to be a bustling shopping center through the 1950s and 1960s, with its own doctors, restaurants, and grocery stores. The exodus of doctors to the Medical Arts Building on Broadway marked the beginning of Good Hope’s commercial decline, at least from a pharmacist’s perspective.

Unnerstall’s Drug Store is visible on the right in this photograph, taken on Good Hope Street in the 1950s. (GD Fronabarger ~ Southeast Missouri Archives)

At one point, Unnerstall considered moving the store to the western part of town, where most of the business expansion is taking place. “It would be like moving into a hornet’s nest there,” he said.

Now the last pharmacy on the south side of town will soon be gone. Unnerstall plans to sell the building and transfer its prescriptions to another pharmacy.

The pharmacy industry has changed drastically during his years as a pharmacist. “We used to do a lot of prep,” Unnerstall said. Today, medicines are mainly manufactured by companies, and the small family pharmacy is almost an anachronism.

Unnerstall’s often receives calls from people looking for a drug that is no longer manufactured. “They think we might still have some,” says Carol Unnerstall, Sam’s wife and part-time store employee.

Unnerstall’s still stocks Rock Candy crystals for those who prefer to make their own cough syrup. Just add whiskey.

Unnerstall’s has never been robbed in all its years of operation. However, it was closed due to inclement weather.

The Cap Girardiens remember 1979 as the year of the great blizzard. Unnerstall spent three nights stuck in his store after a 24-inch snowfall brought the town to a standstill.

He had gone to the store that Saturday evening to check on a broken window and decided to stay to insure against burglary. It would be Tuesday night before he could go home.

He slept on the floor and ate the merchandise. “I had lots of candies and chips,” he said.

Two of the store’s employees, Cheryl Cook and Sarah Williams, have been working there for less than a year. But Don Bernhardt, a former army pharmacist technician, has worked at Unnerstall for nearly 33 years.

He is looking for a job but knows: “I will miss it.

The decision to leave the company was made because Unnerstall is approaching retirement age and has back problems. He hopes they will improve if retirement allows him to spend less time on his feet.

He has no dramatic plans. “She’s worried about me rearranging her kitchen and her closets,” he said, nodding at Carol. And their son could use a hand on his farm near Sedgewickville.

“I also have a grandson who I will be busy with,” he said.

Once again, Sam Unnerstall is in charge of the comics.

Published June 2, 1997 in the Southeastern Missourian: 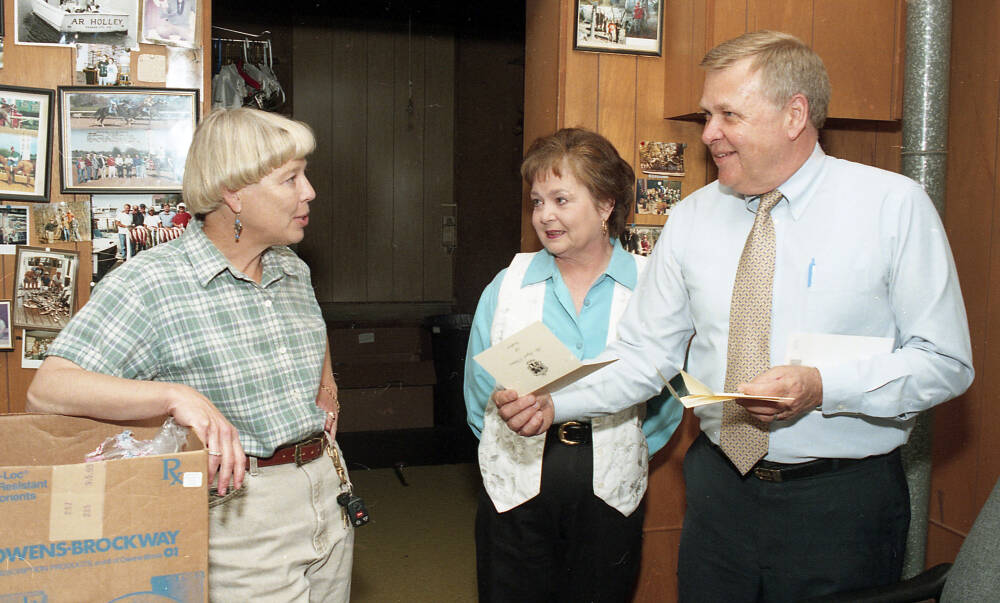 Charlotte Craig, left, congratulated Carol and Sam Unnerstall on their retirement at a surprise luncheon on Wednesday. The Unnerstalls are closing the Unnerstall Pharmacy, which opened at 630 Good Hope in 1927. (Fred Lynch ~ Southeast Missouri Archives) 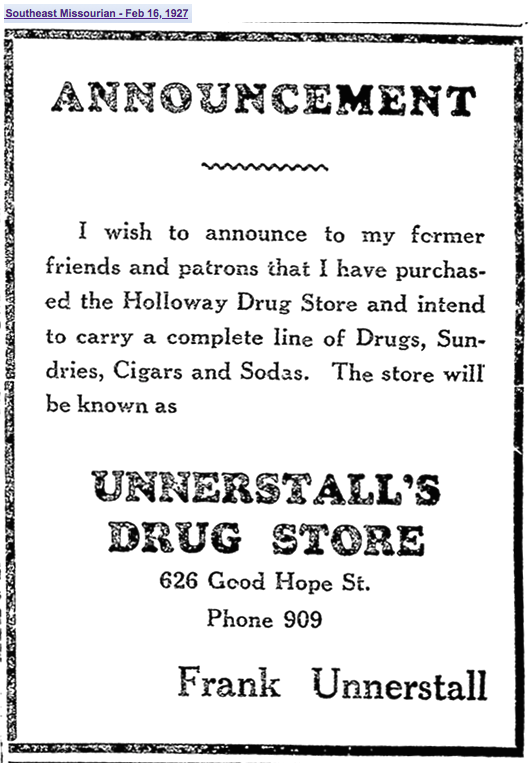 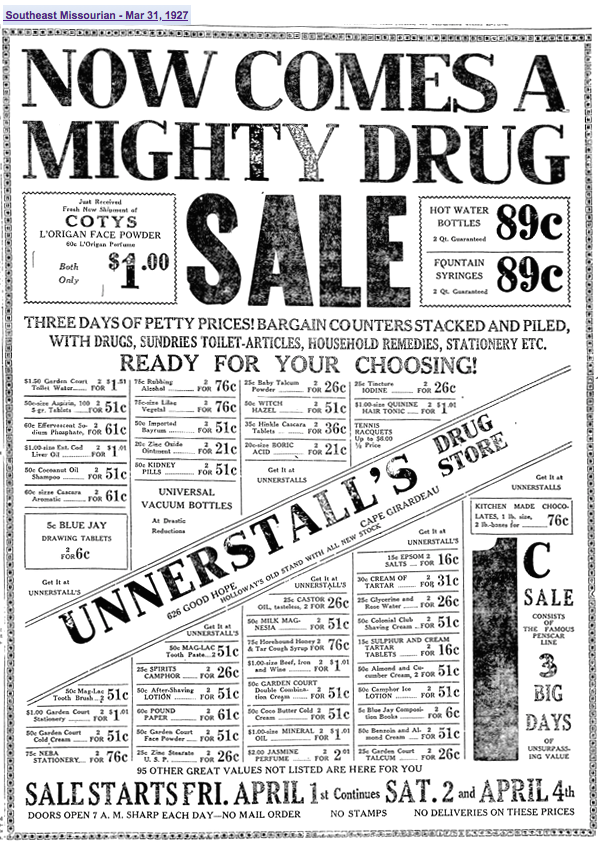 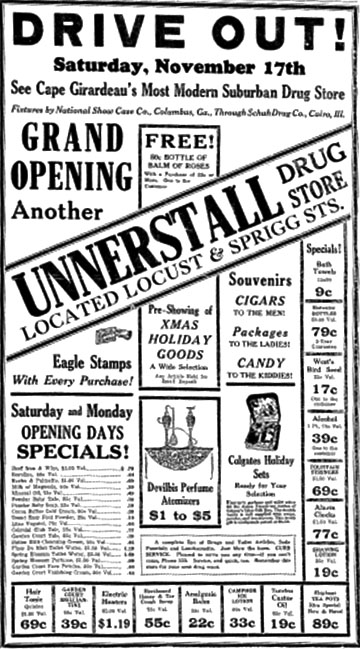 Does Nolato (STO:NOLA B) deserve a spot on your watch list?