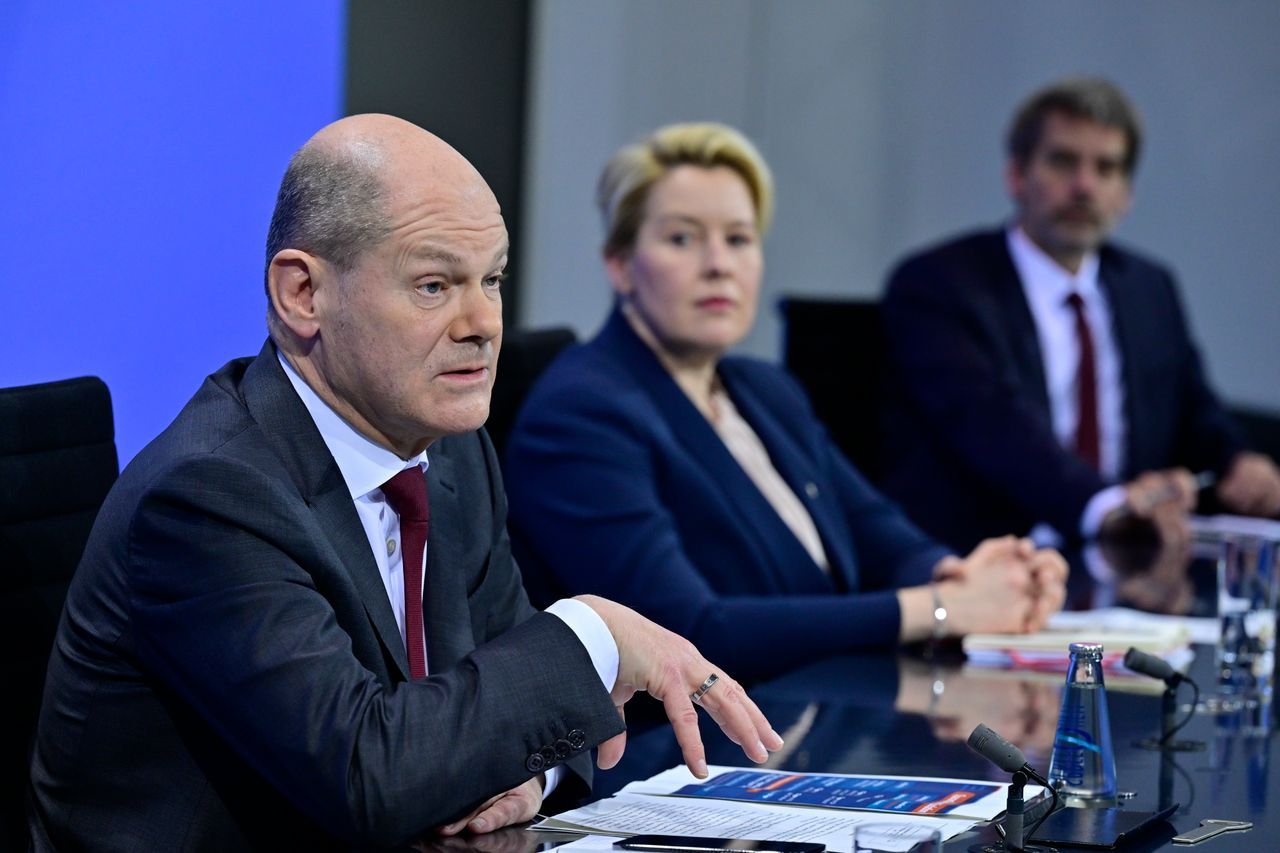 The German ruling class is responding to the explosive spread of the highly contagious Omicron variant not with the necessary protective measures but with an escalation of its policy of collective immunity. This was underlined by the decisions of the Conference of Minister-Presidents of the Federation and the LÃ¤nder (MPK) on January 7.

If infected people or their contacts have a negative PCR test or a â€œhigh-quality antigen test,â€ they can be released from quarantine after just seven days.

Staff in hospitals, care homes and nursing homes may even be released from quarantine or isolation after five days if they show a negative PCR test and have been asymptomatic for 48 hours. Children who test negative can also be released from quarantine after just five days. People who have received a vaccination booster should no longer be quarantined after contact with an infected person.

In addition, PCR tests and especially antigenic tests can provide a false negative. In addition, there is no indication that officially scheduled tests are performed consistently. Teachers and students frequently report that those who test positive are sent back to school by health authorities.

The assertion by Chancellor Olaf Scholz (Social Democratic Party, SPD) at the press conference following the MPK meeting that all “necessary measures” were taken against the pandemic is a blatant lie.

The only restriction, totally inadequate, that the federal â€œtraffic lightâ€ coalition, comprising the SPD, the Greens and the Liberal Democrats (FDP), as well as the 16 state governments (LÃ¤nder) put in place is a so-called “2G-plus” regulations for the restaurant industry, as of January 15th. This means that the unvaccinated are banned, those with two vaccines must show a negative COVID-19 test, and those with a third vaccine must show proof of their vaccination status.

A full lockdown, which would be needed to stop the Omicron wave and completely contain and eliminate the pandemic, is fiercely opposed by all government parties.

The measures taken are explicitly aimed at keeping schools and businesses open under all conditions. Already on the eve of the MPK meeting, state education ministers demanded “a review of the quarantine rules for students and school staff.” They said that “keeping schools running” was “essential” and, moreover, “a basis for ensuring the functioning of other critical infrastructure”.

During the press conference with Scholz, the mayor of Berlin, Franziska Giffey (SPD), expressed similar views. She said there was “a commitment to keep schools open in order to maintain provisions for the population.” She added, â€œPeople need good child care to be able to go about their business, and that’s why it’s important that we keep schools open here.

Giffey has spoken openly that the murderous collective immunity course is supported by all parties in government – the SPD, the Greens, the FDP, the Christian Democrats (CDU / CSU) and the Left Party. The issue of school closures was “no longer even to be debated” in the decisions taken, she stressed, “because it goes without saying that we have reached an agreement on this point”.

The return to unsafe schools after the Christmas holidays is also supported by the Education and Science Union (GEW). The day before the MPK meeting, GEW chairperson Maike Finnern signaled her support for the federal government’s quarantine plans in a tweet. If this was what the Federal Government’s Expert Council recommended, she said, the GEW could “accept” it.

In his speech on January 6, Finance Minister Christian Lindner (FDP) summed up the essentially fascist character of the politics of the ruling class. “The protection of health” was “a high social good, but the supreme good of our Constitution is and remains freedom”, he declared, in the manner of the Alternative for Germany (AfD) d ‘far right.

The “freedom” Lindner speaks of is clear: the freedom of banks and corporations to enrich themselves with the death and suffering of millions of workers and their families. To ensure the maximization of capitalist profit, the ruling class has trampled on corpses since the start of the pandemic. Officially, some 5.5 million people have died from COVID-19 worldwide, including more than 1.5 million in Europe and more than 113,000 in Germany. During the same period, stock prices and the fortunes of the super-rich have exploded.

From the start, the new â€œtraffic lightâ€ coalition government was prepared to continue this policy of class war. Its first official act was to declare the end of the “national epidemic situation” and thereby remove the legal basis for uniform protection measures nationwide. In doing so, he unleashed an even greater disaster.

In its second statement on Jan.6, the federal government panel on COVID-19 warned of a collapse in the health care system, saying:

A high volume of patients combined with an acute staff shortage can jeopardize general medical care in Germany in a short period of time. All medical and nursing care settings must prepare for a considerable stressful situation in the coming weeks.

The statement points out that the so-called “smoother course” of Omicron infections compared to the Delta variant is offset by the “strong infection dynamics and the high number of associated parallel diseases”. The “very high number of cases in some European countries and in the United States”, he continued, “is currently leading to a significant increase in hospitalizations”.

At the same time, the opposition is growing. In many school districts, including Chicago, a city of millions of people, educators are refusing to resume face-to-face teaching in order to protect their health and that of their students and families.

The rapid spread of Omicron is also evident in western and southern Europe and Scandinavia. In Denmark, the 7-day incidence rate is currently 2,334 per 100,000 population; in the UK it stands at 1,865. In France, where Omicron has become the predominant variant during the holidays, the incidence level is now 2,142. On Friday, Paris recorded a new record, with 262,787 new infections.

The situation is just as dramatic in Italy, where the 7-day incidence rate has more than doubled in one week. Rome’s Supreme Institute of Health (ISS) on Friday reported an average of 1,646 cases of coronavirus per 100,000 population. The previous week the figure was 780.

Omicron is also spreading rapidly in Germany. According to the Robert Koch Institute (RKI), 44.3% of all new infections in the country can be attributed to Omicron. In eight LÃ¤nder in northern and western Germany, the variant is already dominant. In Bremen, ruled by an SPD-Left Party-Greens coalition, where Omicron already accounts for 85.5% of all infections, the 7-day incidence rate is also the highest, at just under 800. The RKI reported 56,335 new infections nationwide on Friday. and an increase in the 7-day incidence rate to 303.

The real numbers are several times higher. At the turn of the year, Health Minister Karl Lauterbach (SPD) said the actual data is “currently probably two to three times higher [than] the incidence rates that we are recording.

To stop the Omicron wave and prevent the emergence of even more dangerous variants, the working class must intervene in the political arena. It must organize itself into independent grassroots committees and fight to end the pandemic on the basis of the principles formulated by the Sozialistische Gleichheitspartei (Socialist Equality Party) in its open letter to the working class:

The implementation of this program requires a struggle against the capitalist profit system and a clear international socialist strategy and perspective.

Xavier dusted off his uniforms and had fun defeating Butler