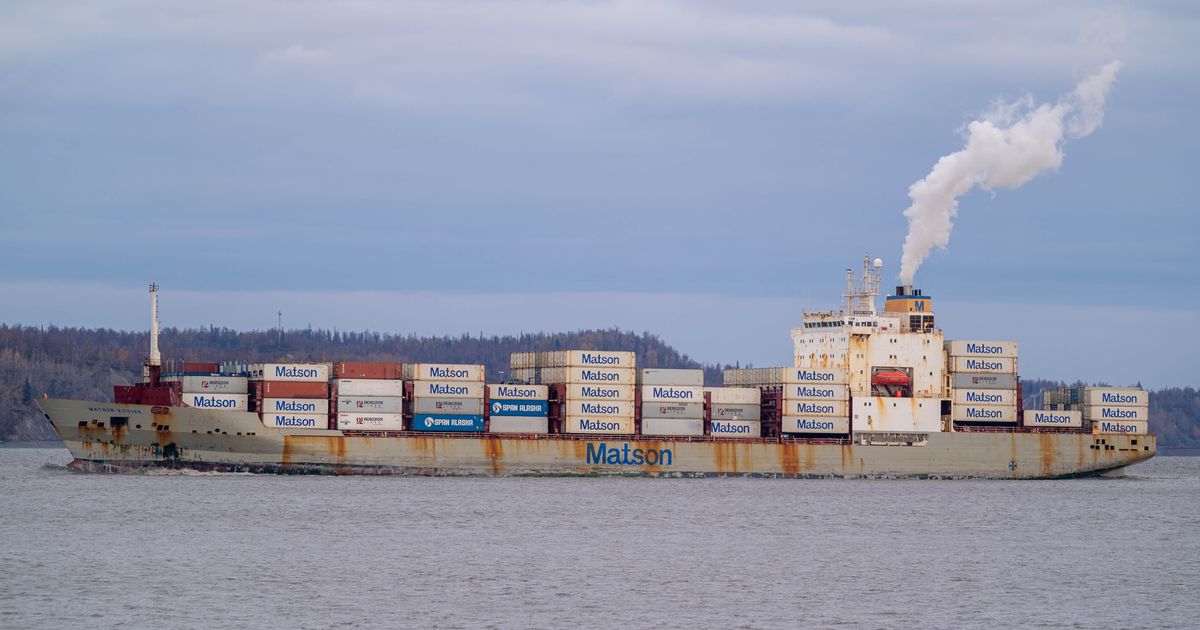 Alaska supply shortages continue, forcing retailers to stock up on merchandise and hope for the best

Cracks in the global supply chain during the COVID-19 pandemic continue to spread in Alaska, causing widespread shortages and higher prices for a variety of products.

Anchorage business owners say they’ve kept their shelves largely full, but they are increasingly worried about future shipments that may or may not come as vacation spending increases.

To be on the safe side, they are ordering items months in advance and in much larger quantities than ever before. Faced with unexpected one-time shortages of items, they are also stocking products wherever they can, fearing they may become unavailable in the coming months, they say.

Janet Gregory, owner of Over the Rainbow Toys in South Anchorage, said she was crossing her fingers in the hopes that most of the items she ordered would show up to meet Christmas demand.

â€œThat, and trying not to pull out my remaining hair, is about the best I can do right now,â€ said Gregory.

The toy store has been waiting for some items for months, like a shipment of giant stuffed snakes hampered by plant closures linked to the pandemic in India, she said.

A pallet of sleds is stuck in the Port of Los Angeles because there aren’t enough truck drivers to transport it, she said.

â€œI keep telling people that we are close to the North Pole, we work very closely with the big guy,â€ said Gregory. “But even his elves are struggling this year, I can tell you.”

Experts generally attribute the one-time shortages in Alaska to the same global ripples linked to the pandemic that resulted in greater disruption for products like bikes, cars and lumber.

For starters, Americans with extra savings bought more things while stuck at home, like new computers, causing the microchip shortage that is hampering the availability of new cars.

This demand, and the complications caused by COVID-19, such as virus outbreaks in warehouses, has led to cascading problems that impact a variety of products, said Ralph Townsend, director of the Institute for Social and Research. Economics of the University of Alaska Anchorage.

â€œIt’s not one thing, it’s a lot of things,â€ Townsend said.

Rising demand has created bottlenecks at West Coast ports that ship goods from Asia, including Los Angeles and Long Beach in California, said economist Darren Prokop, professor of logistics and supply chain management at the University of Alaska Anchorage.

Dozens of ships are docked off these California ports, awaiting their chance to deliver several thousand containers full of product, he said.

Labor shortages add to grunts, affecting warehouses from Asia to the United States, as well as the transport workers needed to move the product after it arrives in the Lower 48, he said.

The good news is that once the items reach Tacoma, Wash., They make it to Alaska on time without the hassle they encountered earlier in the chain, according to ocean shippers.

Tote and Matson, the major ocean shippers to Alaska, have their own terminals in Tacoma, as well as the dedicated infrastructure needed to move cargo, said Jim Jager, spokesperson for the Port of Alaska in Anchorage.

Their ships don’t have to wait in Tacoma like the others do, he said.

â€œWe have a nice little closed system, so we don’t have a direct impact from the freight crisis,â€ he said.

But there are indirect impacts, he said. Not all products make it to Tacoma.

Some products are delayed overseas while others arrive, he said. Items can also be hung ashore, if the trucking companies do not have the manpower to move them quickly.

â€œIt’s like holding a tight pipe,â€ Prokop said. â€œAll the water collects behind the hose, and you let go and all the water spurts out, and the hose zigzags all over the place. It becomes a mess.

As winter arrives, the pinch of supply hits Icebug skis and boots

The shortages have created uncertainty for retailers who do not know what orders or how many an order will appear.

But the store only has last year’s stock and is awaiting deliveries. The shoes are designed in Sweden and made in Vietnam, she said. Customs issues related to the pandemic in Vietnam appear to be the reason for their delay, she said.

A small supply should arrive soon, but she is not sure the full order will arrive on time.

“I think they will all succeed eventually,” she said. The question is when.

Don Bruno of Play it Again Sports in Anchorage said prices for bodybuilding weights had jumped 50%.

The costs of shipping freight to Lower 48 from Asia or Europe are four times higher than before, he said.

â€œYou have to eat a little bit of it, but you don’t always have a choice,â€ he said.

He stored snowboards and skis, both cross-country and downhill, well in advance, he said.

But some suppliers have said there will be no restocking this winter.

A good snowy year could sharply reduce his ski supply in the coming months, he said.

Alaska, like the rest of the United States, has seen remarkable price inflation in recent months, in part due to global shipping issues, experts say.

Faced with higher transportation costs, Anchorage store owners have no choice but to raise their prices in turn, Prokop said.

â€œIt’s supply chain inflation,â€ Prokop said. â€œThe bottom line is whether we have general inflation. We’re not there yet, but when too much money runs after too few goods, that’s where price inflation occurs.

In the construction industry, shortages of building materials have eased somewhat, according to industry watchers.

But the delays continue.

A giant outdoor Nordic spa under construction at the Alyeska complex in Girdwood has been waiting for the interior doors and frames for three months, much longer than normal, said Larry Daniels, the resort’s senior project manager.

The spa was originally scheduled to open in the summer, but is now scheduled for the end of next month, if the last remaining materials arrive on time. The delays and higher prices helped push the cost of the project up to $ 15 million, up $ 3 million, Daniels said.

New residential construction has jumped more than 10%, he said.

A missing part in a warehouse can delay a project, he said. Sometimes vendors have high-end bathroom faucets, but not the handles.

â€œWe call the vendors and they say, ‘We have all of these things, but not the only part to make it work,â€ he said.

No end in sight, so ‘take them while you can’

No one knows how long the supply chain problem will last.

Prokop, the logistics professor, said on Friday that the Port of Los Angeles will operate 24/7. to help resolve the backlog of goods. It’s part of a deal involving President Joe Biden, port officials, and business and union leaders.

â€œIt won’t be like turning on a light switch,â€ he said. “It will take time for this to happen and everyone has to be on the same page before this works.”

If successful, that could alleviate some of the issues in the coming months, he said.

But delays for some individual items will persist, he said.

New car dealers have said fleet numbers will not return to normal for at least two years, said Rachelle Alger, director of purchasing for the Municipality of Anchorage.

New car prices are expected to continue to rise, so the city is working to replace aging vehicles with new ones, she told members of the Anchorage Assembly on Tuesday evening.

Buying new cars has not been easy due to the shortage, she said.

The city is now looking to acquire Ford Escapes, she said.

At the meeting, Assembly Member John Weddleton initially questioned the buying because of the price hike, but was satisfied after hearing Algiers’ explanation.

It’s a ‘take them while you can’ situation, he said.

Save big on kitchen products, housewares and more